Prevent The Regional Spread of Superbugs at Health Care Facilities 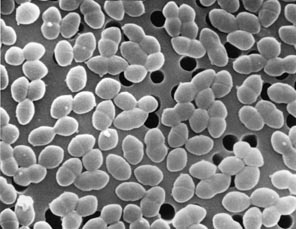 Although hand-washing protocols protect hospital employees and visitors, a recent study suggests health care facilities can do more to reduce the spread of infection by alerting neighboring hospitals when patients are infected with superbugs like vancomycin-resistant enterococci (VRE).

The amount of patient-sharing between hospitals can be a huge problem. Just a moderate increase experienced at one hospital can be significant enough to have a serious impact on all of the health care facilities in a single county, according to the American Journal of Infection Control report.

Over 12 months, researchers tracked patients living in Orange County, Calif., who were carrying VRE, but may not have been affected by it, moving from one hospital to another to track its “progress.” (Some 3 million residents live in Orange County, the third largest county in California behind Los Angeles County and San Diego County, and the sixth most populous county in America.)

Moderate jumps at any single hospital increased the average rate of VRE by nearly 3 percent, and even greater, in the most populated area of Orange County.

VRE can live in the human intestines and the female genital tract without causing disease. However, hospital-associated infections (HAIs) related to VRE can be associated with catheters or surgical procedures, according to the CDC.

Also affecting the spread of VRE, enterococci are the second most common bacteria found in catheter-related infections and soft tissue and skin infections in America. Estimates of hospital-related cases have been as high as more than 85,000 annually.

Some ways facilities managers can prevent the spread of VRE, according to researchers: