Is Your Healthcare Facility Prepared For Severe Weather? 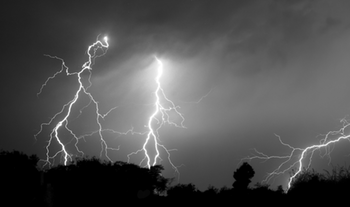 It’s that time of year again when stormy weather plays a disproportionately larger role in the disaster preparedness planning facilities managers do for their health facilities.

Initially, the long-range weather forecast for the rest of 2014 is a mixed bag. Leading forecasters from Colorado State University’s Tropical Meteorology Project recently predicted a “quiet” hurricane season, with only nine tropical storms and three of them escalating into hurricanes.

However, the news isn’t so encouraging for the number of damaging thunderstorms and tornadoes at least at the beginning of the stormy weather season, according to long-range weather experts at AccuWeather.

Prolonged cold temperatures in the Northern Hemisphere will push the transition from colder to warmer weather out a few weeks, which could cause a spike in severe storms that could produce tornadoes in May and June, AccuWeather predicts.

Dealing with dicey, unpredictable weather forecasts is one thing. What’s really on the minds of many facilities managers, however, are far more concrete concerns: A recently proposed rule from the Centers for Medicare & Medicaid Services (CMS) would establish sweeping national emergency preparedness requirements that affect some 68,000 Medicare- and Medicaid-participating healthcare facilities in America.

These rules, affecting healthcare facilities large and small, were proposed out of a concern that “responses to the various past disasters demonstrated that our current regulations are in need of improvement in order to protect patients, residents, and clients during an emergency and that emergency preparedness for health care providers and suppliers is an urgent public health issue.”

Until the CMS completes its review — a process that could take three years — it’s up to healthcare facilities managers to pick up the slack and be prepared for extreme climate conditions creating “perfect” storms and droughts that start fires at the drop of a hat.

That’s why it’s vitally important for facilities managers to attend training programs as often as they can to boost their emergency preparedness skills. A good place to start: The Federal Emergency Management Agency’s Healthcare Leadership For Mass Casualty Incidents seminar, held regularly at the Center for Domestic Preparedness in Addison, Ala.

Seminars are held at the Noble Training Facility (NTF), a former Army hospital that was converted to a training site for health and medical education in disasters (acts of terrorism and natural disasters) 15 years ago. (Also, the NTF is the only hospital in America dedicated to training healthcare facilities managers in disaster preparedness.)

Today, the facility offers more than 50 training courses, ranging from incident management and emergency response to a catastrophic natural disaster and act of terrorism.

After training comes formulating a plan, a process that can seem overwhelming to some facilities managers who may be so focused on the details they’re not looking at the bigger picture.

One way to ensure facilities managers can prevent the tunnelvision that comes with building plans for a complex: Include every department in the planning process.

Doing that one thing will help you, not only build a good plan but assist you in developing a pecking order of critical services that must be operational and reliable with limited resources and in the absence of local vendors.

It’s not the fine details of a disaster recovery plan that matter, but how your team practices it that’s most important, says William B. Copes, Vanguard Resources’ vice president of business development and a certified emergency responder.