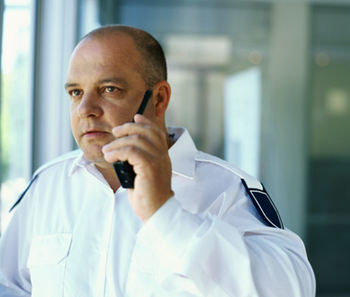 With the recent passage of a California law that requires hospitals to develop more comprehensive workplace violence plans, the next step in helping healthcare facilities become safer has arrived, thanks to the U.S. Department of Health and Human Services.

The backbone of this HHS guide is based on the following five steps that apply to all kinds of emergency scenarios, including active shooter incidents.

Mitigation: The steps taken to lessen or eliminate the loss of life and property damage by reducing the impact of an emergency.

Response: The plans created and followed after an emergency to stabilize a healthcare facility.

Recovery: Identifying the core functions affected by an active shooter incident and restoring them as quickly and safely as possible.

The essentials of an effective active shooter plan

The guide also spells out the essentials of an effective active shooter plan, including emergency notifications, evacuation and escape policies and lockdown procedures.

Arguably, the most important part of any plan — your employees spotting people who may be on their way to committing violence — is the hardest but most effective way to prevent an active shooter scenario before it happens.

Although no definitive profile exists for an active shooter, the guide does list some general behavioral indicators compiled by the FBI for facilities management staff to look for:

Also, the guide goes into much greater detail about the practical applications of the “Run, Hide, Fight” model, featured in a 2012 video produced by the City of Houston that shows how to survive an active shooter event.

A guide like this one is helpful but just a starting point in formulating a plan for your healthcare facility, then practicing it.

It’s also important to include law enforcement officials in your planning, as they can recognize problem areas with shelter sites, evacuation routes and locations within your facility where patients are unable to evacuate (nurseries, critical care units, operating rooms).

Look for more suggestions about developing active shooter emergency plans by subscribing to our Facebook and Twitter feeds that are updated frequently each week.

For assistance with emergency plans at your healthcare facility, contact Vanguard Resources.