Are Your Emergency Power Sources Ready? 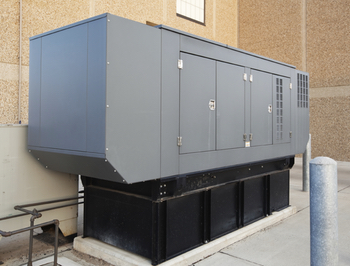 The 2015 Atlantic hurricane season may have been an uneventful one so far, but that doesn’t mean you shouldn’t be prepared for any other extreme weather events your facility could face over the year.

The most important thing you can do to improve the safety of your facility and the people who work in it when weather emergencies happen (and they will, according to the American Meteorological Society) is to protect your facility’s connection to a reliable backup electrical power.

Access to emergency power was underscored in a 2014 Emergency Management Survey, conducted by a triumvirate of healthcare organizations along with Health Facilities Management.

Fifty-eight percent of the organizations responding to the survey reported switching to emergency power over the previous five years during an emergency event. And, 48 percent reported a system failure or power outage that activated their emergency plans.

Taking those numbers into account, it’s a matter of when — not if — your facility will need to tap into an emergency power source, such as a stationary backup generator.

Unfortunately, some still cling to the belief that emergency power, particularly for healthcare facilities, must be uninterruptible at all times and never fail. This guarantee is impossible, which is why a backup power source is so important.

People and safety aren’t the only reasons to invest in emergency power systems, like stationary backup generators. A lack of power harms the profitability of many businesses that operate outside the normal 9-5 workday, even those that aren’t 24/7 data centers.

However, merely affording a backup generator isn’t the only consideration. For example, capital expenses related to such a purchase will encompass a variety of additional costs, related to monitoring, construction, electrical, structural and mechanical expenses.

Plus, there are operational costs that involve scheduled testing and preventative maintenance to consider. Your organization will also need to decide where you’ll locate this new resource.

Facility Care recently published a list of great questions facilities managers should ask vendors when choosing an emergency stationary generator. These are just a few of those questions; you can read the complete list here.

Look for more suggestions about emergency power generators by subscribing to our Facebook and Twitter feeds for frequent updates.

For guidance on preventing power interruptions at your facility, contact Vanguard Resources.