The Invasion of Superbugs in Your Healthcare Facility Continues 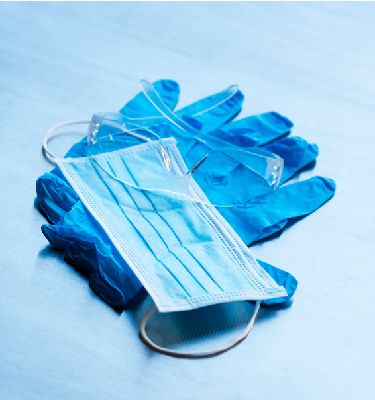 Despite some improvements, plenty of opportunities remain for preventing and eliminating healthcare associated infections (HAIs), a headache for facilities managers that can be costly for healthcare facilities wanting to avoid reimbursement penalties from the Centers for Medicare & Medicaid Services.

In fact, these problems have reared their harmful heads once again as reports have surfaced amid the growing concerns about the further spread of antibiotic-resistant infections and the superbug Carbapenem-resistant Enterobacteriaceae (CRE).

One joint study conducted by the University of Michigan Medical School and the VA Ann Arbor Healthcare System focusing on antibiotic-resistant infections was very disturbing.

Although nearly all of the 400 hospitals surveyed had developed procedures to protect patients from Clostridium difficile (C. diff) infections, just 48 percent hadn’t developed protocols limiting the use of antibiotics and other drugs that allow this deadly infection to spread.

Additionally, almost 75 percent of the hospitals lacked antimicrobial stewardship policies that required the testing of patients for C. diff infections when they developed diarrhea after taking antibiotics during their hospital stays or for several months afterward in the paper published in Infection Control & Hospital Epidemiology.

“There are many ways to try to limit the spread, and from our data it looks like hospitals are aware of the evidence behind them and acting on many where they believe the evidence is strong,” says Dr. Sanjay Saint, MPH, lead author of the study in a press release.

“But the one area where there’s a major disconnect between evidence and practice is antimicrobial stewardship, or limiting antibiotics to use only when necessary. This is a real opportunity for improvement.”

CRE also attracted a lot of attention earlier this year when two patients died at Ronald Reagan UCLA Medical Center and others were sickened at Cedars-Sinai Medical Center in Los Angeles. (Cases of CRE infections have also been reported in Pittsburgh, Chicago, Seattle and North Carolina.)

Patients were exposed to CRE during endoscopic retrograde cholangiopancreatography (ERCP) procedures, the least invasive way to drain fluids from billary, bile and pancreatic ducts blocked by gallstones and tumors, according to the FDA. Also, like C. diff, CRE is resistant to most antibiotics and can be deadly when it reaches the bloodstream.

Fortunately, a recent study published in the CDC’s Vital Signs says coordinated and immediate nationwide infection control and antibiotic stewardship interventions over the next five years could prevent more than 600,000 HAIs, including those resulting from CRE, C. diff and invasive methicillin-resistant Staphylococcus aureus (MRSA).

As a facilities manager in a healthcare setting, you understand how HAIs waste money that can be better diverted to other areas or by avoiding reimbursement penalties altogether.

Look for more news about HAIs by subscribing to our Facebook and Twitter feeds for frequent updates each week.

For assistance with getting rid of these dangerous superbugs at your facility, contact Vanguard Resources.