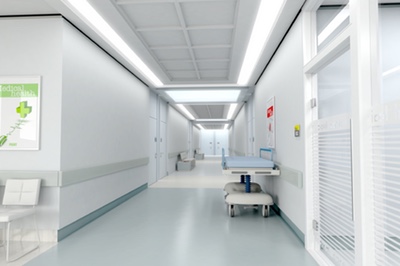 The essence of any facility’s energy master plans must go beyond fixing and replacing broken systems one plug load at a time, and focus on what’s best and most economical for the future of your infrastructure.

With weather becoming less predictable and more volatile, however, your energy roadmap to the future should also incorporate resiliency provisions for emergency power.

Some facilities are looking toward combined heat and power (CHP) or cogeneration systems as a means to enjoy the best of all worlds, merging cost savings with resiliency.

Unlike traditional systems that use boilers and power plants, a CHP system produces heat and electricity simultaneously from one fuel source (waste heat, natural gas, coal or oil).

The most common configurations are powered by steam (boiler and turbine) and natural gas (engine or turbine) with a heat recovery unit, according to data provided by the EPA.

The goal of a CHP system is the recovery of wasted heat to generate electricity or thermal energy via topping or bottoming cycle systems that salvage lost or wasted heat for producing power.

The greatest benefits of a CHP system — fewer disruptions and better energy reliability — are particularly important for research institutions and healthcare or industrial facilities where outages can be very problematic and costly, according to the EPA.

Unfortunately, only an estimated 12 percent of hospitals, schools and office buildings have CHP systems.

Yet, hospitals alone account for nearly 10 percent of the total energy consumed by all buildings in America, according to the Department of Energy’s Hospital Energy Alliance.

So, why has CHP gained so little traction? Experts believe regulatory roadblocks, the lack of space, uncooperative utility companies and scarce funds are the primary culprits.

The good news: Recent disasters like Hurricane Sandy are opening the eyes of hospital administrators, according to a 2014 emergency preparedness and response report from the Department of Health and Human Services.

Among hospitals in disaster areas, 69 reported power problems, and 28 couldn’t count on backup generators, many of them powered by diesel fuel, as reliable.

Plus, some utility companies and state governments are realizing the long-term advantages of CHP that’s operational all the time versus backup systems that aren’t used nearly as often.

To determine if your facility is a good candidate for CHP, you’ll want to review this recently updated EPA catalog of CHP technologies.

Look for more suggestions about combined heat and power systems by subscribing to our Facebook and Twitter feeds that are frequently updated every week.

For more guidance on CHP systems at your facility, contact Vanguard Resources.