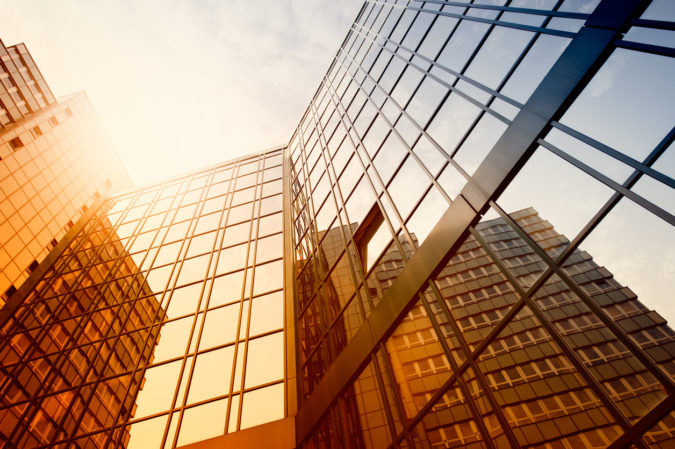 Get ready to have your mind blown. According to a study by the Electric Power Research Institute, energy-related expenditures costs companies $800 billion annually in the US. And what’s more, nearly 42% of heating and cooling energy is wasted. The US Department of Energy estimates that buildings account for 38% of all greenhouse gas emissions and 40% of total energy use. This article is part one of a series that explores ways in which facilities can effect an affordable retrofit to recoup their energy costs and help the environment.

An estimated 33% of a building’s cooling expenses are due to solar heat gain from windows. Window film filters out certain wave lengths of the spectrum—specifically UV and infrared light—to reduce the amount of solar heat energy that enters building through windows. These films still allow the visible spectrum to pass through, so you still get all the benefits of having a sunlit office (and use less energy for lighting). They merely block out the part of the spectrum that is responsible for the majority of heat energy. A solar control window film can reduce the amount of heat gain by as much as 79% and save as much as 19 kilowatt-hours (kWh) per square foot of glass.

The Rock and Roll Hall of Fame, with its famed glass pyramid façade, recently retrofitted its windows with solar control film. They estimate their savings to be between $20,000 and $40,000 a year. And because the film blocks out 99.9% of UV light, the museum’s priceless collection will be spared solar damage.

There are many different types of window film available, and your choice will depend on your climate, the amount of visible light you want to pass through, and the look you want for your facility. Some films are nearly invisible, some offer a mirrored surface, and there are even colored options that can give your facility a unique or iconic appearance.

Window film can be an affordable green retrofit solution for nearly any facility. Installed window film costs about $4 per square foot, and you can see an ROI in as few as three years. Window film can also help your facility earn LEED credits.