How secure is your phone? 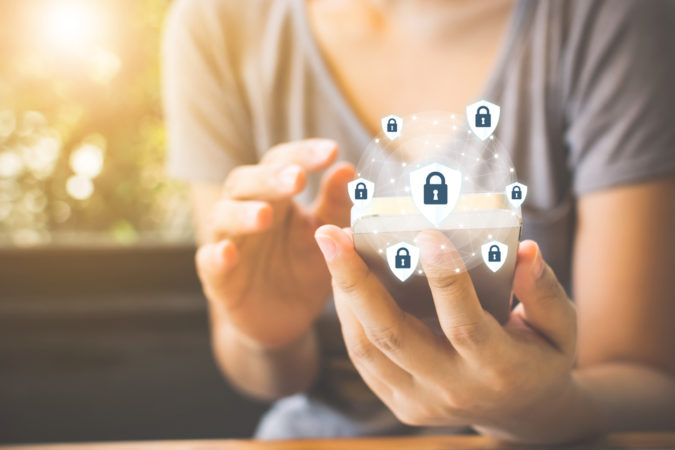 When it comes to personal computers, people seem to understand the security risks involved fairly well. Most people have some sort of anti-virus or -malware software on their computers and understand connecting your computer to a free Wi-Fi network can be risky. But people don’t seem to have that same sense of danger when it comes to their cellphones. According to a recent McAfee Consumer Electronics Show (CES) survey, 52% of respondents are either unsure of or have no idea how to check if their mobile devices and apps are secure against cyberthreats. McAfee Labs detected over 16 million mobile malware infestations just in the third quarter of 2017.

Here are some of the latest threats to your phone:

How to protect yourself

Second, make sure you update your phone and your apps on a regular basis. These updates are often issued specifically because of new security threats.

Use free Wi-Fi sparingly on your mobile device. Furthermore, never use it to access confidential or personal services, like banking or credit card information. Keep in mind spoof networks and if you are going to use a free Wi-Fi network, make sure you’re using the official one provided by the place of business. There’s usually a sign visible telling you the name of their network.

To avoid phishing scams, never click on unfamiliar email links. To avoid having someone put spyware onto your phone, make sure you have a secure password.

Being aware that your phone is vulnerable is key. While people have become accustomed to the threats that exist for laptops and desktops, it has taken a while for people to understand that their phones are in danger too.

Pay attention to when and where you use your phone. Also, make sure your phone is acting properly. You use your phone all the time, so you should have an innate sense of when something seems wrong. If you aren’t sure, take your phone to a store to have it checked.