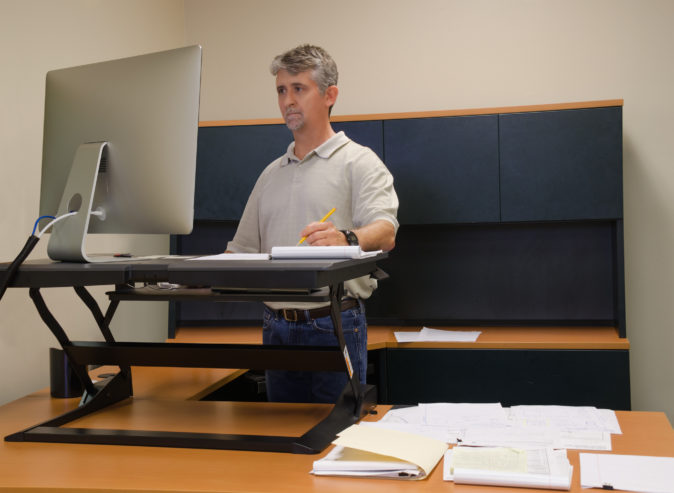 Study after study has shown a link between sitting and poor health. Remaining seated for long periods of time has been proven to cause weight gain, as well as higher risks of heart disease and diabetes. Even an hour’s worth of exercise won’t counteract the damages caused by excessive sitting. Our bodies weren’t meant to sit for hours at a time, and yet most office workers remain seated for the majority of the workweek.

Adjustable workstations—desks that shift to allow users to stand or sit—could help alleviate some of the negative side effects caused by too much sitting. A 2017 study by the Icahn School of Medicine at Mount Sinai found that adjustable workstations (AWS) increased worker productivity and mental concentration, and improved employees’ overall health.

Not only is standing healthier for your workers, employees who use standing desks reported decreased back pain and muscle aces. In one study, 87 percent of those using standing desks also reported increased energy throughout the day.

As a facilities manager, it is a good idea to encourage your employees to use adjustable workstations.

The study also found that: